Along with church planting is dealing with shattered dreams and ideals. Whether they are dreams of a few days or dreams of a few years, they all don’t, if any go as planned. Since we have started thinking about planting theStory we have tossed around the idea of having a storefront in downtown Sarnia as a safe place/gathering place/office place/hang out place for the community to express itself. There is lots of available space downtown Sarnia and we looked at it all. This one place that we looked at was two, one floor storefronts, about 4500 square feet total. One of them was recently renovated and looked great; the other was a trash hole with not much hope for renewal. It was in a great location and fit the bill physically wise. However it was $250,000 to purchase and $2100 a month to rent. It was a little steep for our liking.

Around 7 months ago now Joe, Darryl and I walked downtown and we went into a well-known Sarnia furniture store. It’s been in its spot for 70+ years and is a Sarnia landmark. We walked around the first floor a bit in awe about how sweet the building looked and the possibilities of it. We left and didn’t really think much more of it. Two weeks ago, we found ourselves downtown again and we found ourselves back in this building, and this time I was asking questions. I was asking the lady about the history of the building and we were looking at the disaster pictures of when a tornado went through the area 50 years ago. Then I made some off-hand comment about how much I love the building and I wish I could buy it. Then she said words that I think sent my mind racing so hard that I didn’t really listen to anything else she had to say: “Well, it’s for sale, so you could buy it.”

Let me give you some details of it. It is 21,000 sqaure feet. Three floors, second floor is a balcony around the first and the third floor is one massive space probably about the size of two-three medium sized gyms. There is tons of office space, unlimited storage space and even more space that you will find when you least expect it. There is a basement also, the same size as the rest of the floors that about half of it is being used right now. Also included, of course there is more good news, is the property next door which is a corner store front on the busiest street downtown that used to be an old bank and is now converted into an office for some land surveyors. The roof was redone about five years ago and the physical nature of the inside of the building is absolute mint. The building was beautiful. 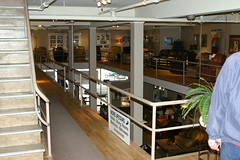 Guess how much this property was? 17, 000 square feet more than the first one I mentioned, and thirty thousands dollars cheaper. This whole piece of property was only $220,000. Now you all are wishing you lived in Sarnia aren’t you? You’ll never find anything like that so beautiful and large for such a price. They are pretty much giving it away.

So we talked to the real estate guy, went on tours of the building and brought along people who could inspect the place. Everything was perfect, it was a once in a lifetime deal. The only problem is that we don’t have $220, 000. We don’t have a deposit to get a mortgage. We thought about asking rich people that we knew. We thought about buying it and keep renting it to the people that are in there now to keep some sort of income. We prayed about it. We dreamed like we’ve never dreamed before. 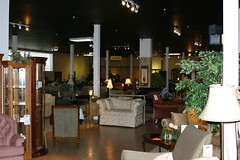 As it stands now, we aren’t going to go for it. A building that size, for a community as small as us with as budget as small as ours would be committing suicide to jump into something like that right now. The last thing we want to do is start a church only to throw everyone in a building and that building be the point of our existence. We need time to grow together, learn together and dream together. We need time to build community before we give a place for community to thrive. So even though in my eyes this building is perfect beyond comparison to everything we would need to be a strong support to our city, there is a good chance that its probably best for us to just wait. I hate waiting. 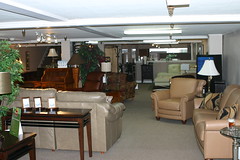 Of course, if you know anyone who wants to give us some money to buy it and maintain it for a little while, my guess is we’d probably be all for it. I just don’t want to be that church that has to have the pastor stand in front of the congregation week after week rallying for more money for the building project. Our goal at theStory is not to raise money for a building project so we have a building. Instead its our goal to use everything that God gives us, which is everything we have, whether it be time, money or a building to be put to use for kingdom causes.

3 thoughts on “Buildings and Dreams”