Authenticity, for me, is doing what you promise, not “being who you are”. Great little post by Seth.

When we were in South Africa and Swaziland I was amazed at how many children and people had cell phones. One child would have no family, barely a home, but he would have a cell phone. It came across as weird at first. Some orphans were given cell phones because it was always free to receive calls without a plan or anything else, so they could send a “please call” to someone for free and then receive a call in case of emergencies. So this new direction that Bill Gates is heading in is super interesting and I think will work great. Even in the mountains of Swaziland we had cell phone access.

Oh dear. A helicopter landing pad at a church? (ht)

Tonight six of us came to the space and put up a wall that will separate the office area from the gathering area at theStory’s space. I am hoping to be able to rent out desks in the office to people downtown over time. Eventually hopefully it will also work to start to supplement some of the income for being in a place like this. 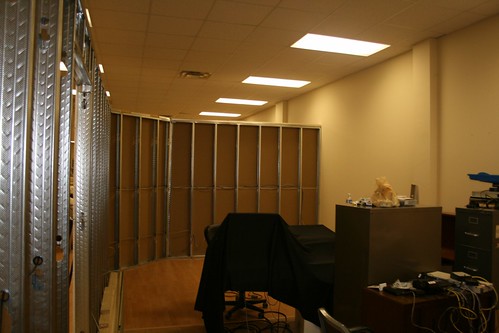 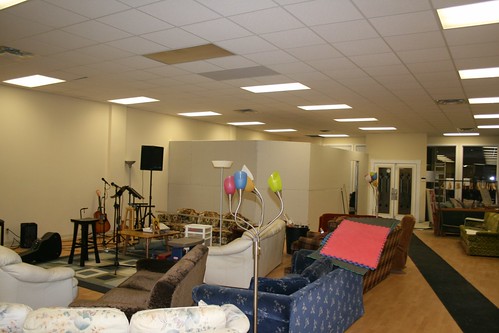 Pernell’s blog is back, I have made a rule (that only applies to him and Darryl, and possibly Joe) that their blog has to be back and working and live (without wimping out saying they aren’t into blogging) for at least one year before I put them back on my blogroll. Cause I know that’s the only reason they have a blog anyway.

Ron and I have decided that we want to go to a tech conference sometime soon. We have been to enough Christian, Bible and theology conferences and I think it’s about time that we treated ourselves with the second half of our lives. Any ideas which one we should go to?