One of the things I’ve been wanting to do for a long time with our space here downtown is use it as a venue.  This past weekend was our first show that we hosted.  I got Kevin to open up and he did a swell job along side of Nic Swales.  Now the next two bands I had never heard of, but I must say I was blown away.  Both of them were amazing.  It was an honour to have them play for our first show here.  Troy has a bunch of pictures that he took from the night here, they are great!  Too bad he left early and only got the opening acts.  His loss.

The first was Miss Emily Brown.  All of her songs seemed to have come from real places in her life.  As she played through her set she explained where her songs came from and why she wrote them.  Of course for me this helps make the music for me.  She isn’t just singing about the night before but issues of culture and history.  Her music was soft and lovely and she had a wide range of instruments that she played.  Then she finished her set with her singing only accompanied by a music box.  It was a really powerful show.  Plus, she was just super nice and kind to be around.  Check out her stuff on My Space. 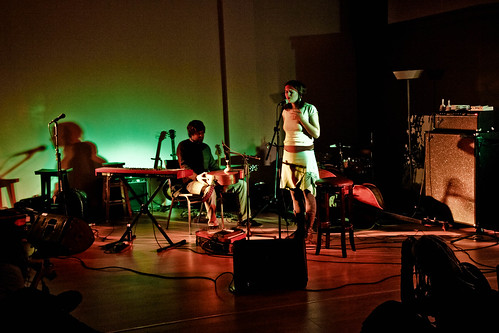 Next up was the O’darling.  This was a show that also was super impressive.  They had three ladies leading the pack and they sang together great.  What really brought them together was their band of musicians who knew how to accentuate the girls as opposed to drown them out.  One was on a trumpet, one on guitar, one on stand-up bass and the other on drums.  Their music was soothing, beautiful and always had me intrigued.  They even sang one song in French.  Props to these guys for having fun while they were playing too.  These guys are definitely worth checking out. 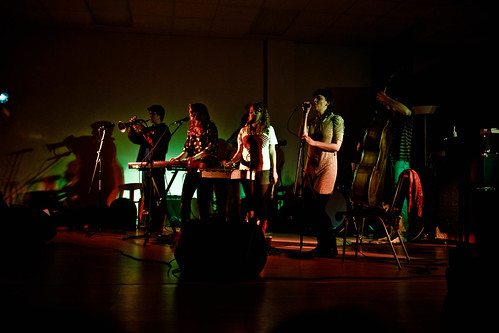