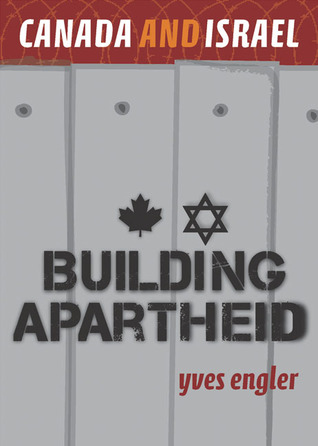 I finished Yves Engler’s book on Israel and Canada while I’m here, along with Chomsky and Ilan Pappé’s book: Gaza in Crisis.

What a history we (Canada) have with modern Israel, the settlements, Zionism, weapon trade, military training, economic support, maintaining the apartheid policies and oppressing/murdering the Palestinian people. It’s sickening and further disenfranchises me the ideal of Canada as a peaceful or just nation (not that there was much holding me to that belief).

It was also disheartening to read how much of this support came from evangelical Christians (biblical literalists and messianic Christians), much moreso than Canadian Jews. Canada also has quite a history voting against any sort of UN resolutions that would give colonized people rights to their land or even to language that would recognize their plight (makes sense considering our colonial relationship with Indigenous people).

Canada and Israel: Building Apartheid by Yves Engler was more of a historical and journalistic analysis of the role that Canada has played in everything that has gone on in the last sixty or seventy years in Israel/Palestine and Gaza in Crisis by Chomsky and Pappé is a mix of historical, political and philosophical insight into the crisis, but nothing to do with Canada’s involvement. I’d recommend both if you have interest in these things. previous
My Tourism Of Settlements
next
Hebron, Palestinian Resistance and Israeli Propaganda