After a slow to non-existing internet connection, to my flash not coming off my camera, to my laptop busting and having to take it apart to get my files off of it, I finally have all my pictures from my trip. I have uploaded about 200 of them to Flickr, along with the full sizes in case you ever wanted to print them or make them your background. I think the girls want to do a fundraiser with some of the pictures, so just because I’m giving them away for free don’t be stingy.

Here are all the pictures of animals that I got from Kruger. This was definitely the most stimulating environment I’ve ever been in to take pictures. Wild animals in the wild, not sedated tied to a rock that are fed pre-cut steaks. Their steaks are the other animals we see. Nothing can beat it. You can view them all here.

I’ll highlight a few of my favourite pictures or favourite moments and then put the rest into a sideshow so you can just scroll through them quickly. 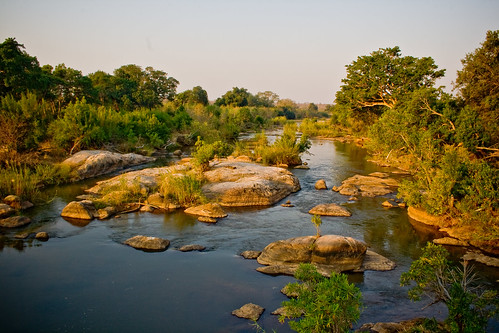 For ascetics, this is one of my favourite pictures that I’ve taken. It’s such a wallpaper or something of the sort. It just shows to well I think how beautiful it was there. I had to jump out of the car in the middle of Kruger to take it. When I went back to try and take a few more I got yelled and beeped at by park rangers to get back in my car. So the shot is a one shot wonder. Click here to make it your background if you want (just right click on the photo and set as desktop background). 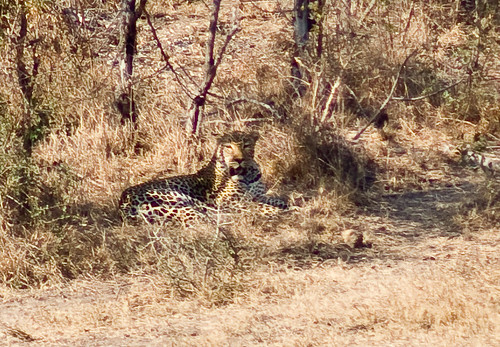 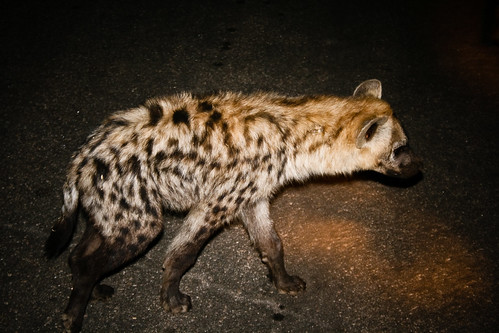 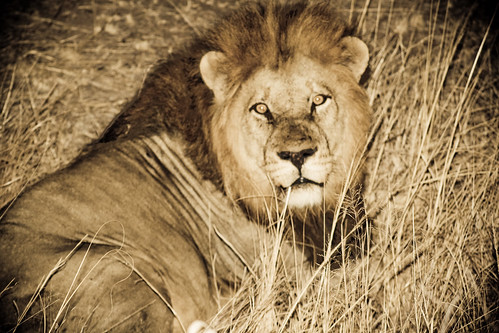 These picture aren’t the best, I know. But if you knew how desperately I wanted to see I lion and a leopard you would be just as proud. This leopard was sitting under a tree about 700m away from where I was, so I zoomed in as much as I could and snapped at air until I could find it and then digitally zoomed in on top of that. You could barely see it with your eyes. The only lions I saw were sleeping on the side of the road after dark, and the only Hyenas I saw were at night also, so pictures were difficult in that setting but they turned out all right, and we were so ridiculously close to them. 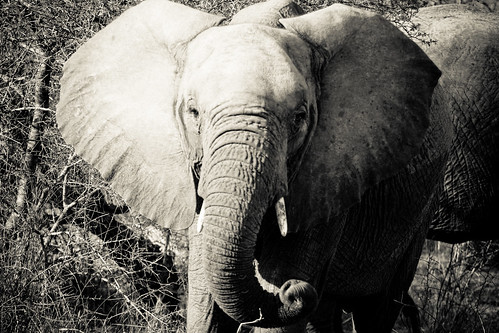 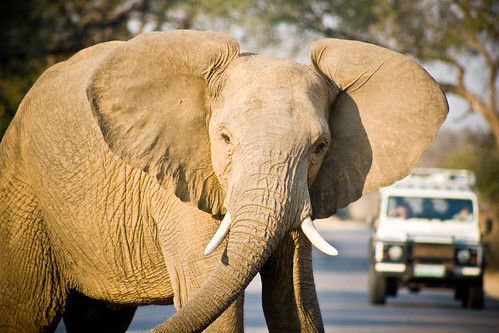 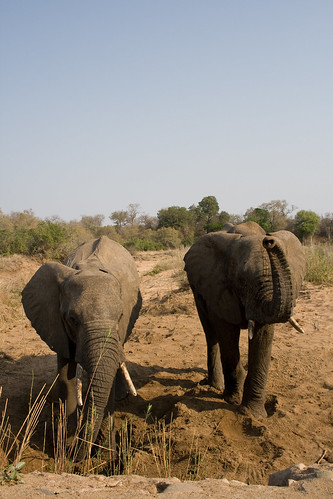 Elephants were buy far the most common sighting after the hundreds of thousands of Impala we saw. So we got ridiculously close to wild elephants who were known to tip vehicles if annoyed. So I got a few sweet shots of them. The last shot there was taken when we were about 3-5 feet away from them and they were down about 2 feet cleaning themselves staring right at us. 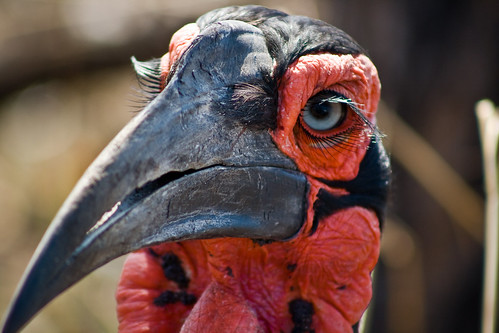 These birds don’t fly, and they were one of the first animals we saw going into the park. They are physco looking turkey’s called Ground Hornbills. 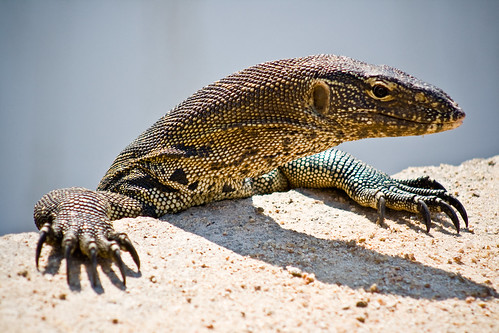 These things just walk around, and one got trapped in this walk way I was in, so that was kind of cool. This was the very first thing we saw entering the park, he was just peeking over the road as me drove by. 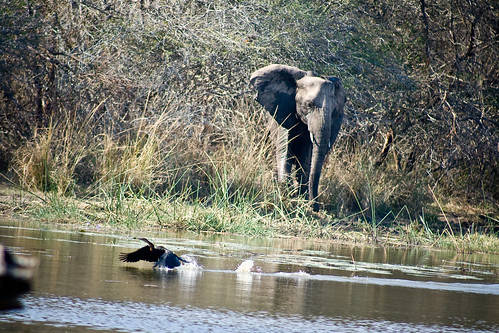 I snagged this shot when we were in this little hut that oversaw a massive pond where tons of animals came to drink. It was called Lake Panic. It was by far the coolest place to view nature because you felt like you weren’t disturbing them and just watching them do their thing by themselves. It was pretty amazing. 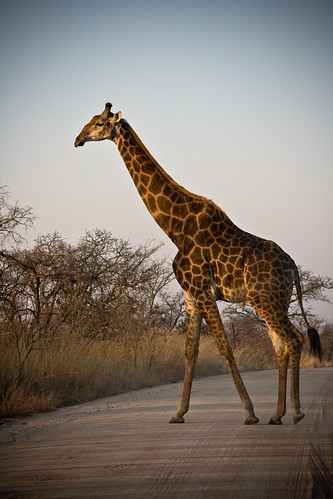 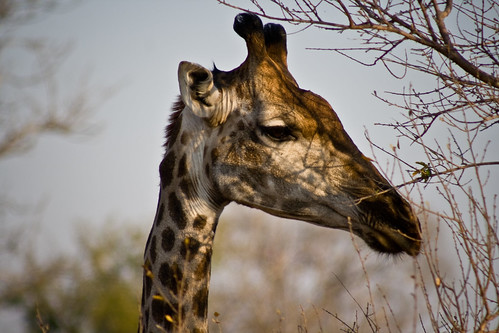 Giraffes are just cool looking animals and there was quite a bit of them also. 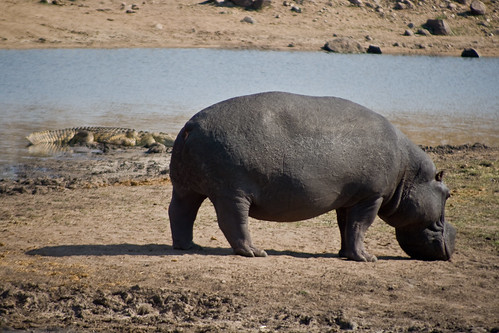 It’s always cool when you can get two different animals in the same shot. This was at one of the watering holes. Hippos are so massive, but pretty boring to watch. Unless of course I’m sure they are getting attacked by two male lions. The people we stayed with saw this video happen live. 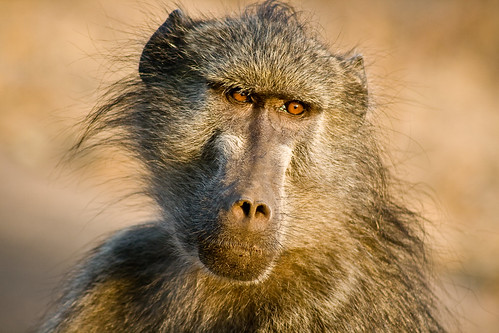 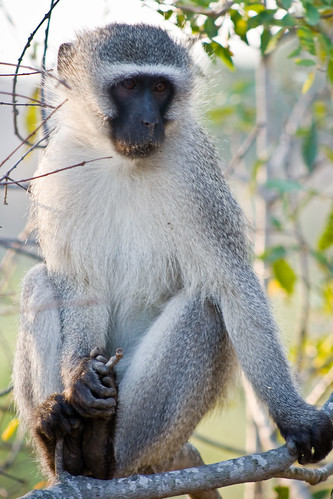 These animals (monkeys and baboons) just hang out and look at the cars. No fear. We also had come monkeys living where we were. Kind of like we have cats here, they just have random monkeys running around, which is a way cooler animal. 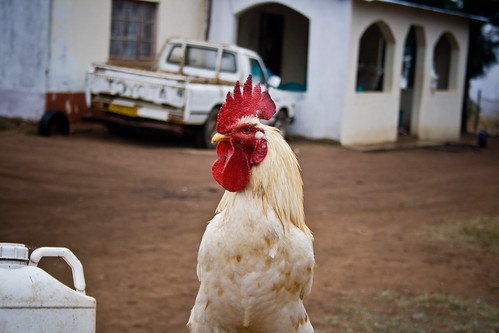 This is a picture of the deranged rooster that didn’t know when morning was because randomly every morning he would crow right out side our door anytime between two and six AM. I’m pretty sure he had broncitus too because he sounded like he was dying. 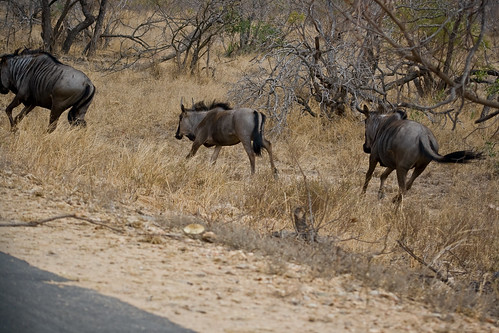 These wildabeast were booking it following the road so we followed them for a few minutes trying to keep up going backwards with me hanging out the car trying to get some shots. 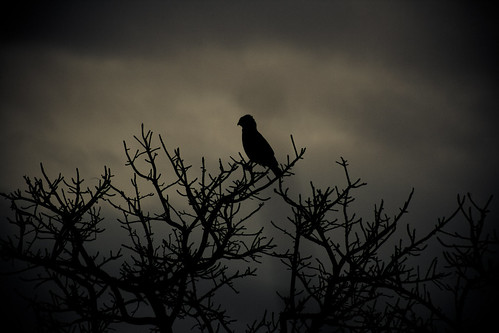 A lot of the birds slept on the tops of trees at night so you could get some cool shots of them at the right time of dusk. 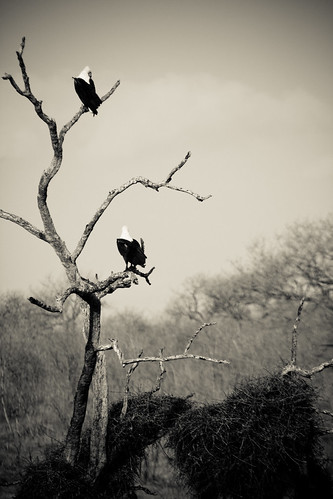 Bald Eagles were some of my favourite animals to read about when I was a kid, so it was cool to see some.

Here is the rest of the shots that I uploaded. I took hundreds of photos and tried to sort it down to my favourites.