The Before and After Shots | Nathan Colquhoun

Rachel and I have been married for a year and a half now. It was agreed upon that she was going to change her last name to mine, with no force on my behalf added to the equation whatsoever. (For all those feminists types, it was completely her choice and I in no way think she “has” to do it or she owes it to me, she had the choice to keep her name.) It was kind of a complicated process to get done and since we were traveling to Europe for our honeymoon we didn’t want to make the trip any more confusing with passports and other ID being different so we waited. A year went buy and we ended up going to Africa so we waited again to change her name. Then she just started getting lazy. Half her life was Colquhoun and the other half was Pede. Work friends and school friends knew her as Pede and family and church folk knew her as Colquhoun. To help her in her along, I told her that I refused to shave anymore until she could prove to me her last name had been changed. This of course made it into a game that I knew I would win. So this was two or three months ago and on Christmas Eve she showed me the proof that her last name had finally been changed and then I headed into the washroom to shave away my trophy face. Here are the before and after shots. 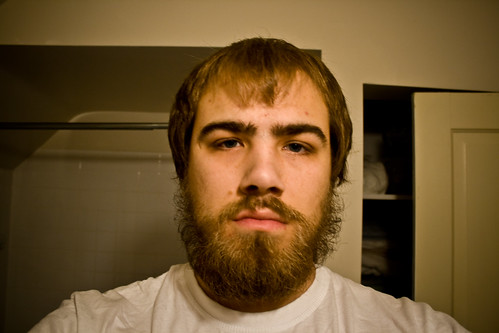 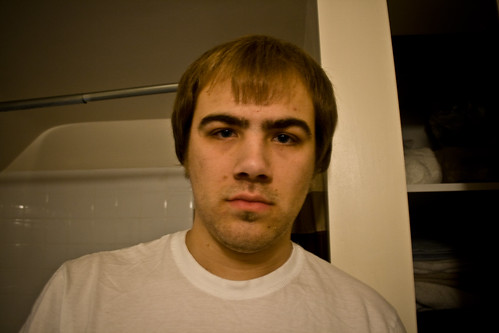 previous
Links for December 27, 2008
next
The Workshop - A Parody of "The Office"