Rachel and I have been in Santorini, Greece for the past three days.
Santorini is beautiful. The houses are built into the thousand foot cliffs that the island is made up and it is supposed to be home to one of the most beautiful sunsets in the world. We have been relaxing a lot, reading, eating lots of gyros, swimming and enjoying the black sand beaches. We rented a moped yesturday to drive around the island and enjoy the views. We drive along the mountain tops on roads that lie on the edge of the cliffs. Its beautiful. One thing we’ve noticed about Greece is the abnormal amount of stray dogs. We probably see anywhere between 10-20 a day. They are usually half-dead in some allyway sleeping or scrounging for food. Our hotel here is right on the beach and has been nice to not have to to take an hour of city transportation to get to where we are staying. We went last night to see the all-so-famous sunset, but I think it was a downer of a night because I’ve seen much better in Sarnia, but I think most of the people there that were crammed in the peak of the island to watch the sunset were equally dissappointed. I’ve written this post three times now because this internet cafe sucks. It’s a nice break in between all of the fast paced travelling we’ve been doing. Tonight we are back on the ferry and on our way back to Italy. This time its Rome. 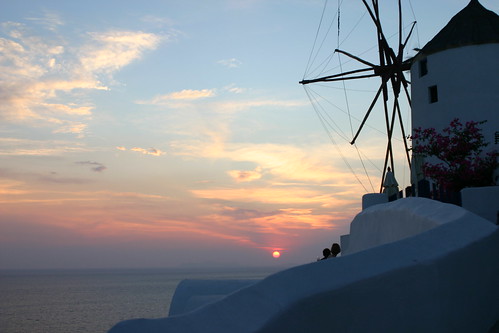 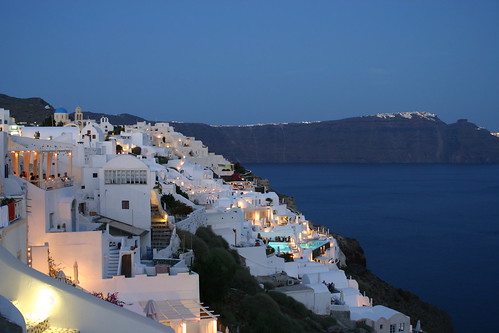 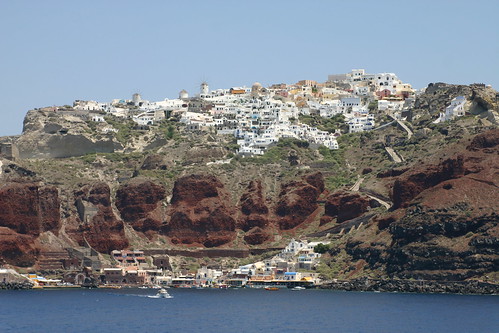 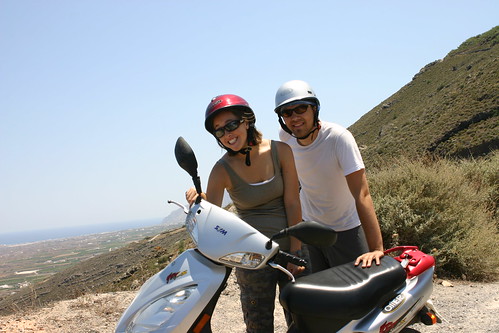 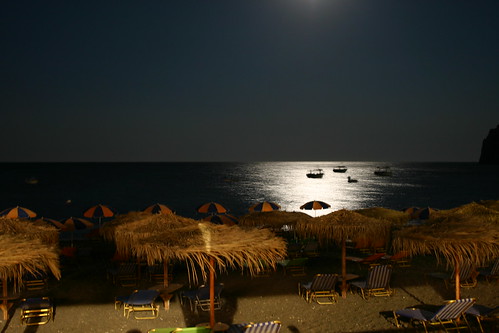 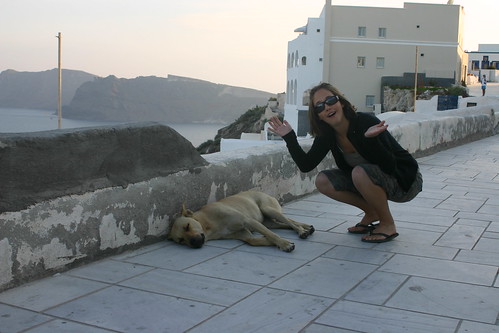